The creator of Pilates, Joseph Pilates, was born in 1883 near Düsseldorf, Germany. His father had been a prize winning gymnast and his mother a naturopath who believed in stimulating the body to heal itself without the use of artificial drugs.

Joseph was born a small and sickly child, he was affected by rickets, asthma and rheumatic fever. This made him a target for bullies. He became determined to overcome his ailments and self educated himself in human anatomy, gymnastics, bodybuilding, yoga and martial arts. His physique was such that he was posing as a model at 14 for anatomy charts.

Joseph believed that our modern lifestyle, bad posture and inefficient breathing were the roots of ill health. His answer to these problems was to design a unique series of vigorous physical exercises that help to correct muscular imbalances and improve posture, coordination, balance, strength, and flexibility, as well as to increase breathing capacity and organ function.

Inspiration from an unlikely source

There is a famous story about Pilates’ inspiration for his unique apparatus. Before World War I he was touring England as a circus performer and professional boxer, and even teaching self-defence to the Scotland Yard police force. But when war broke out, he found himself interned in England as an enemy alien on the Isle of Man.

The health conditions in the internment camps were not great, but Pilates insisted that everyone in his cell block participate in daily exercise routines to help maintain both their physical and mental well-being. However, some of the injured German soldiers were too weak to get out of bed. Not content to leave his comrades lying idle, Pilates took springs from the beds and attached them to the headboards and footboards of the iron bed frames, turning them into equipment that provided a type of resistance exercise for his bedridden “patients”.

Pilates legend has it that during the great flu epidemic of 1918, not a single one of the soldiers under his care died. He credited his technique (which he called “Contrology”) for the prisoners’ strength and fitness — remarkable under the less than optimum living conditions of internment camps, which were hit especially hard by this deadly flu.

Pilates returned to Germany after the war, and his achievements with the German soldiers in the prison camp did not go unnoticed. In 1926, the Kaiser invited him to begin training the German secret police.

A new start in the USA

At this point Pilates decided to emigrate to the United States. He met his dedicated teaching partner, Clara, on the boat to New York City. Together they opened the first Body Contrology Studio on Eighth Avenue at 56th Street in Manhattan, in the same building as a number of dance studios. It was this proximity that made “Controlology” such an intrinsic part of the life, rehab and training of many dancers – they were sent to Joe to be “fixed”.

Several early students of Joseph and Clara became exceptional teachers in their own right. These first generation Pilates teachers have played a profound role in the evolution of Pilates and today Pilates is taught worldwide – in classrooms, homes, offices, parks and beaches – wherever there is space for a mat. 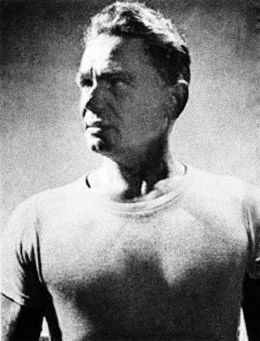 To book a course of 1-2-1 lessons, to join a group class, or if you require advice on the best options for you, please contact Positive Pilates today.